Street art is on the rise in the District, especially with projects commissioned to help beautify the city. Many alleys are no longer creepy, and have been transformed into charming and edgy color-filled walls. But some of these murals get lost in the city, and who knew that there were so many fun facts behind these walls!

Most of these murals express the rich culture, race, music, and pride of Washington DC. Since there are over 50 murals in every ward of the city alone, we took a crack at mapping out some of our favorite murals on a fun walking route for you to explore and snap while being active!

Some are iconic, others lesser know, but all are awesome in their own ~artsy~ way.

This route is just over 2 miles long and starts by Blagden Alley, a short walk from the Mt. Vernon Metro station, and ends near the U Street Metro. We also threw in some #FrayLifeTips to help you maximize your art walk experience.

Now tucked amongst rehabbed buildings, trendy restaurants, and fitness studios, Blagden Alley was once home to working class African Americans following the Civil War and, later, creators in DC’s underground art scene. You’ll find a series of different murals in these alleys but this one is our favorite because, well, we really felt the love and charm on this street corner!

#FrayLife Tip: Check out one of Shaw’s award-winning restaurants like the Dabney while your here or check out one of the other many rotating murals in these allies!

2. Watermelon House and DCKiwi by Robert Banaszak and Wade Wilson We’d take a slice! This mural became popular by accident as it wasn’t even painted by artists. The owners of the house decided to paint the house “fire-engine” red, but the side came out more pink than red, and instead of getting mad they decided to grab black paint and turn it into a watermelon, followed by a mini wall filled with kiwi. The legend of this house is truly that when life gives you lemons, make more fruit!

The iconic Liz Taylor mural on the side of Dacha’s Beer Garden was named best mural in 2014 by the Washington City Paper. The wall was designed as a tribute in honor of her HIV/AIDS activism in the 1980s that helped the lives of people who lived in Shaw.

#FrayLife Tip: Bring your dog for a walk and grab a cold one while you’re here!

4. Education is a Powerful Weapon by Aniekan Udofia 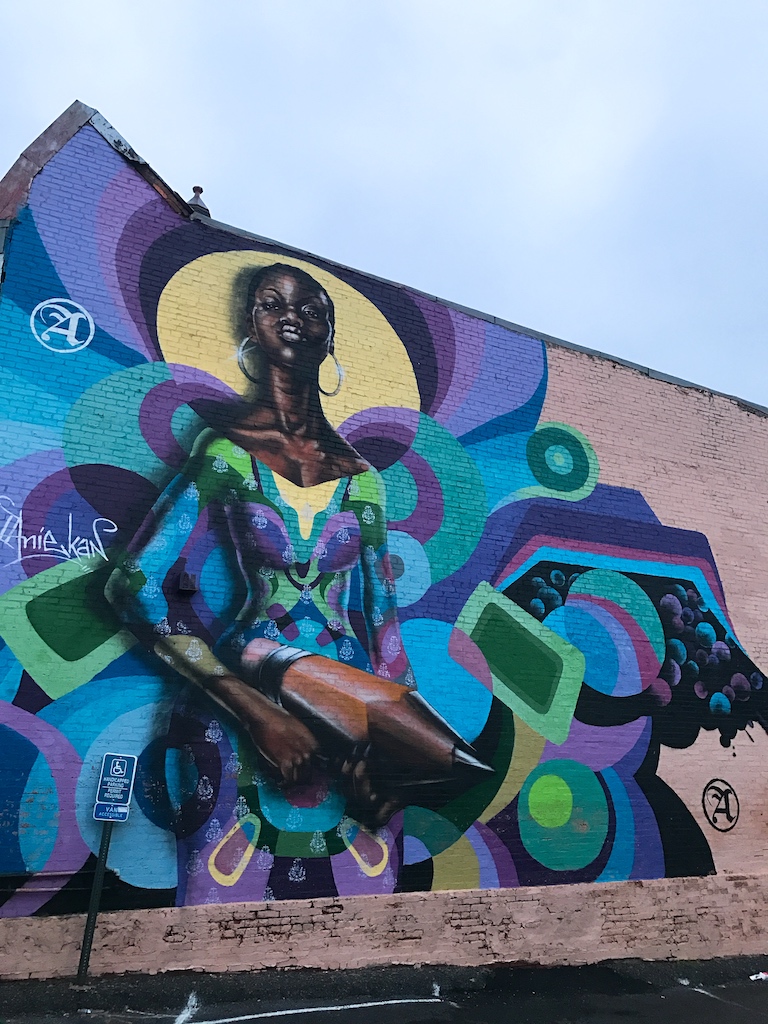 DC-based artist Aniekan has murals all over the city but this mural is unique because it was commissioned behind a stationary store purposely, so that people who walk by could see the symbolism behind the weapon of the pencil - a tool for building knowledge and literacy.

#FrayLife Tip: Stop inside the cute little stationary store while you are here, or grab a cider at ANXO next door!

5. Washington by No Kings Collective Why we chose it: We love the District and this mural really shows our city pride with tall, blocked graphics and a tribute to the Washington Monument.

#FrayLife Tip: Not doing the walking route? Check out this wall and the many other smaller works of art on Wiltberger Street walls after a show at the Howard Theater or grab a drink at Right Proper Brewing Company.

6. U Street by Michael Crossett Not only is this wall a colorful interpretation of graphics that represent U Street music and energy, this mural actually has a selfie point marked for you to stand in front and snap!

#FrayLife Tip: After you brunch at Vinoteca, you can snap a cool photo with your friends here.

7. The Resurrection by Aniekan Udofia Miles Davis, Duke Ellington, John Coltrane and Billie Holiday together. Need we say more? Plus, it's right across from the U Street mural, so you can kill two birds with one stone.

8. The Torch by Aniekan Udofia with Mia Duval 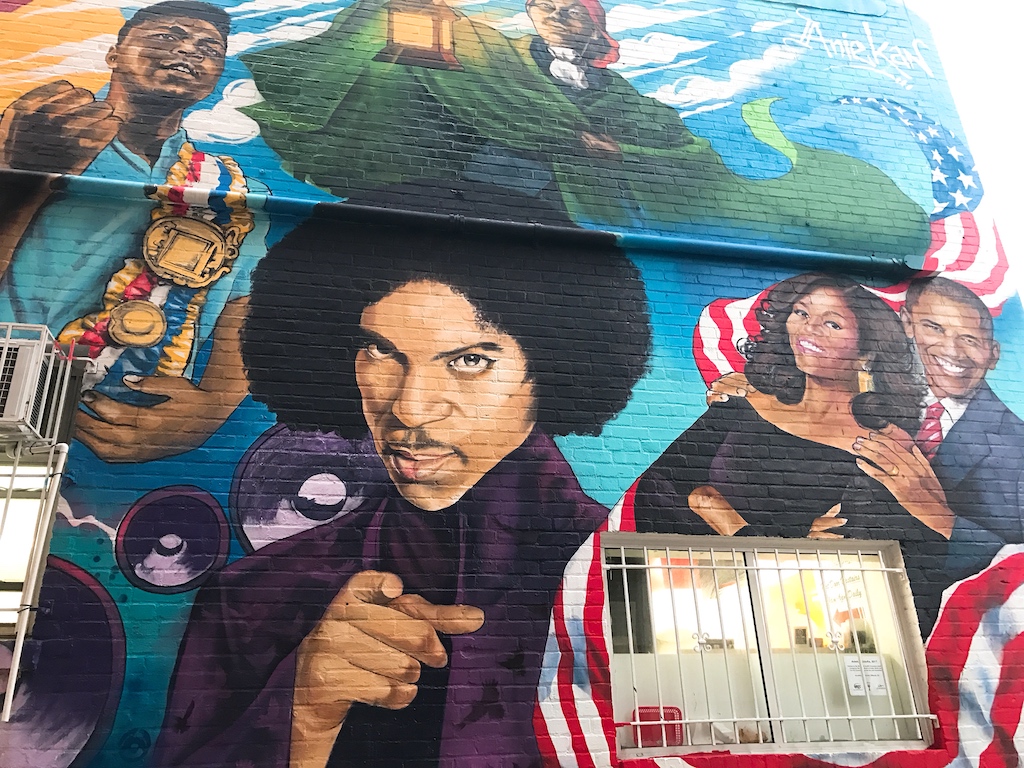 PRINCE and OBAMA together? This is probably the closest to bringing them back into our lives that we’ll get.

#FrayLife Tip: Grab the famous Ben’s Chili Bowl Half Smoke while you’re here, especially if you never have the patience to wait in line late at night. This Madrid-based artist has murals all over the world (New Zealand, Argentina, and Hamburg to name a few) so we are lucky that he found inspiration in the District! His message here is simple - we might fall on the opposite ends of the spectrum, but beneath the stereotypes and prejudice we are all still human.

#FrayLife Tip: You're done! Now stick around U Street and check out all the cool non-mural things in the neighborhood.

Where is your favorite piece of street art in DC? Let us know in the comments or tag us on socials using #DCFray and #FrayLife