This article first appeared in On Tap Magazine.

Through December 22
Seize the day and see Newsies at Arena Stage. The musical, based on the popular Disney film, follows the charismatic Jack Kelly and his fellow newsboys. When newspaper tycoon Joesph Pulitzer decides to raise the price of papers, Jack and the newsies decide to go on strike. Teaming up with enthusiastic reporter Katherine, this ragtag group shows standing up for what you believe in can prove victorious. Various dates and times. Tickets $66-$115. Arena Stage: 1101 Sixth St. SW, DC; www.arenastage.org

Through January 5
Signature Theatre is known for bringing big, dazzling musicals to the DMV and this production is no exception. A Chorus Line is the story of the talent and passion it takes to make it in the world of professional dancing. Step inside the audition room as 17 hopeful dancers put their dreams on the line through elaborate displays of jazz, ballet and tap. Featuring classics such as “What I Did for Love” and “At the Ballet.” Various dates and times. Tickets start at $66. Signature Theatre: 4200 Campbell Ave. Arlington, VA; www.sigtheatre.org

November 7 – November 10
The Alexandria Film Festival is back for its 13th year. Come and check out films from both local and regional filmmakers. This four-day fest will feature more than 50 free and ticketed films. Several films will be premiering including Daddio from Alexandria native and Saturday Night Live alum Casey Wilson. A special “veteran’s showcase” will include films such as Who Killed Lt. Van Dorn? Various prices, dates and times. AMC Hoffman Center 22: 206 Swamp Fox Rd. Alexandria, VA and Charles E. Beatley, Jr. Central Library: 5005 Duke St. Alexandria, VA; www.alexfilmfest.com

November 8
Looking for a fun way to be informed on all thing elections 2020? NPR has you covered. Join their live podcast and gain political insight from Tamara Keith, Scott Detrow, Asma Khalid, Ayesha Rascoe and Domenico Montanaro. This is an opportunity to get an up-close view of the nation’s top political podcast and ask the burning questions you have for the pundits. Doors open at 7 p.m. Podcast at 8 p.m. Tickets $34-$54. Warner Theatre: 513 13th St. NW, DC; www.warnertheatredc.com

November 8 – November 30
You don’t need an instrument to be a rock star. For instance, Nina intends to become one by entering an air guitar contest. After meeting a group of nerdy air guitar enthusiasts, she realizes this childish activity may not be as easy as it seems. Does Nina have what it takes to rock the competition? Find out in the 2017 Humana Festival favorite. Various dates and times. Tickets $41-$51. Keegan Theatre: 1742 Church St. NW, DC; www.keegantheatre.com

November 12 – November 17
La Vie Bohème! Johnathan Larson’s Rent has been inspiring audiences for 20 years. Don’t miss the opportunity to celebrate one of Broadway’s most beloved musicals. The National Theatre is bringing this story of struggle, loss and “Seasons of Love” to DC. Join Mark, a filmmaker capturing his friends as they navigate life in the late 90s, New York City under the AIDS epidemic. Various dates and times. Tickets start at $54. The National Theatre: 1321 Pennsylvania Ave. NW, DC; www.thenationaldc.com

8. The Curious Incident of the Dog in the Night-Time

November 20 – December 22
Step inside the mind of Christopher John Francis Booth. Christopher is a 15-year-old boy who sees the world in math and puzzles. He might have some “behavior problems” but his brilliant mind is just what’s needed to solve a neighborhood mystery. Playwright Simon Stephens brings the awarding-winning book by Mark Haddon to life with stunning visuals and projections. Various dates and times. Tickets start at $32. Round House Theatre: 4545 East-West Hwy. Bethesda, MD; www.roundhousetheatre.org 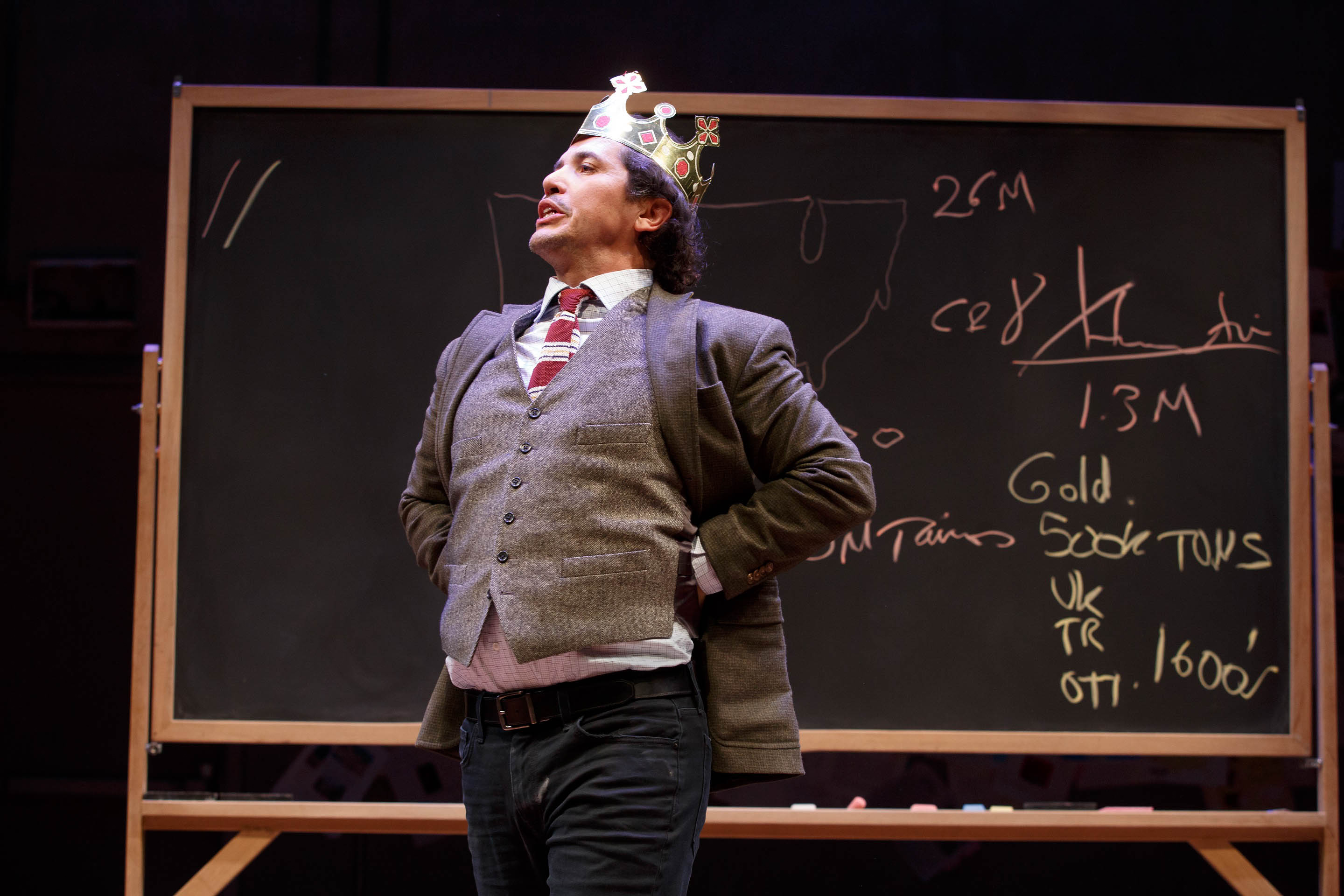 November 21 – November 23
If you’ve noticed the lack of diversity in American history textbooks, you’re not alone. If you’ve created a one man show about Latin History for morons, you’re probably John Leguizamo. Prepare to get educated in the most entertaining way. This performance was Tony-nominated for Best Play in 2018, Leguizamo will hilariously take you through Latin History all the way from the Mayans to Pitbull. Various Times. Tickets start at $59. The National Theatre: 1321 Pennsylvania Ave. NW, DC; www.thenationaldc.com

10. Venus and Adonis at The Corcoran

November 21 and November 23
Opera Lafayette takes opera to the next level. As the only period-instrument opera in America, the orchestra uses old or modern replicas to pay homage to composers from the 17th-19th century. For more than 20 years, Opera Lafayette has been bringing its new take on old compositions to DC, New York and France. For only two performances, they are bringing John Blow’s tale of Roman Gods and mortals, Venus and Adonis, to the Corcoran School of the Arts and Design at George Washington University. Times TBA. Tickets $60-$105. Flagg Building at The Corcoran Gallery of Art: 500 17th St. NW, DC; www.operalafayette.org

Speaking of November events, check out our Month Ahead Events!

GET OUR WEEKLY EMAIL

The Many Hats of District Fray Member Kelly Carnes