Mount Pleasant is a special neighborhood with distinct character and a small-town feel. This unique community is chock-full of local, independently owned businesses from restaurants to hardware stores to nail salons. The one and only chain store in sight is a 7-Eleven.

Known as the “Village in the City,” it is also one of the most walkable areas in DC.

Mount Pleasant is tucked away behind the National Zoo in Rock Creek Park between Columbia Heights and Adams Morgan. If you listen closely, you can hear the seals barking and lions roaring from the other side of Beach Drive.

The neighborhood has been around since 1727 and was DC’s first streetcar suburb. It became part of the city when the district was officially established in 1791 (before the grid layout, which is why the streets of Mount Pleasant don’t quite line up with the rest of the city’s right-angled network of streets designed by Pierre L’Enfant.)

There was an uptick in white flight in 1968 following the riots in the nearby 14th Street corridor sparked by Martin Luther King Jr.’s assassination. The resulting low housing prices attracted young people, musicians, artists and an influx of Spanish-speaking immigrants to the neighborhood in the 70s. Mount Pleasant and Adams Morgan grew to be the heart of the Latino community in DC and were once the most ethnically diverse areas in the city before modern-day gentrification drove up housing costs. 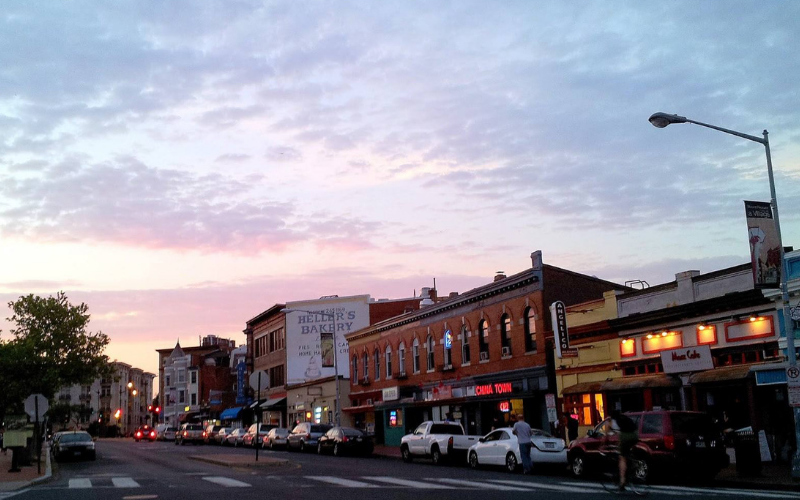 #FrayLife Tip: You can walk the Mount Pleasant Heritage Trail to learn more about the neighborhood’s colorful history.

Can’t-Miss Things to Do

-Don’t miss one of the most bustling  farmers’ markets in the district held in Lamont Park on Saturdays. You can find flowers and live music, as well as local breads, cheeses, meats, fruit and vegetables, and more! 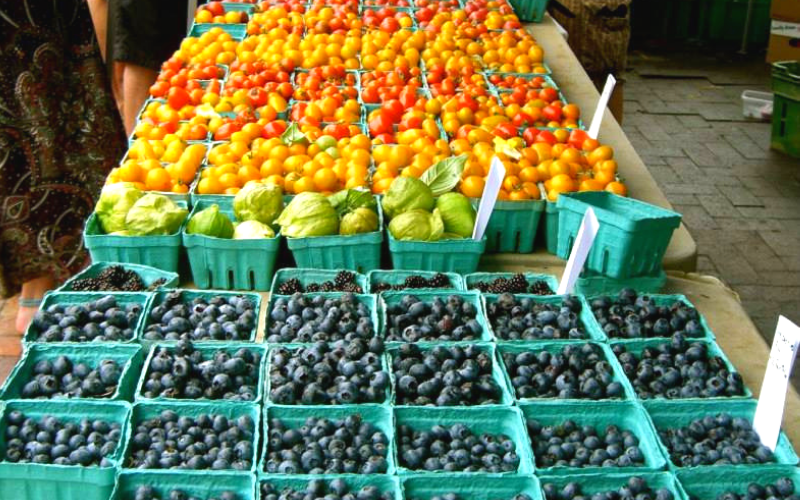 -Scavenge. Neighbors leave random freebies out on their stoops all the time for passersby to take. This writer has come across everything from DVDs, lamps, tchotchkes, books, chairs, baby clothes, blenders, silverware and kitchen gadgets. First come, first served.

-Let loose and have some fun with karaoke and pupusas at Haydee’s! The restaurant has been serving authentic eats and good times to the city since 1990, so you know it’ll be worth the time.

–The Mount Pleasant Neighborhood Library has been around since 1925 and is a great place to work or study. It was one of the last libraries in the city to be funded by Andrew Carnegie.

-Dig around for savings while thrift shopping at Frugalista.

-Go see a flick at indie movie theater Suns Cinema. The intimate space seats up to 40 and serves beer and cocktails.

-Grab a beer at the Raven Grill, one of DC’s oldest and truly authentic dive bars. 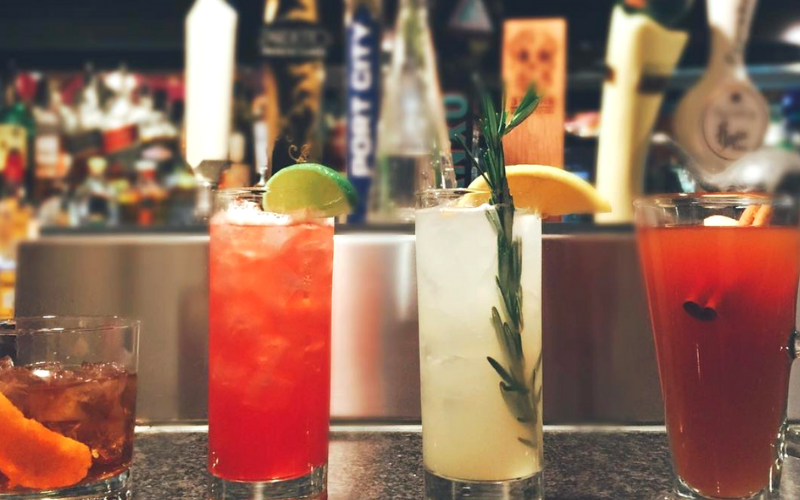 #FrayLife Tip: Don’t go when you’re hungry. Despite what their name implies, the Raven Grill hasn’t served food since Prohibition.

–Marx Cafe is a chill hangout with Mediterranean eats and a solid selection of craft beers.

-Dine in or take out seriously great Thai food at Beau Thai.

-For your international grocery needs, check out Best World Supermarket. This no-frills neighborhood grocery store is stocked with Central American and Asian items you can’t find at your typical generic grocery.